Jackson and his Weber Performer

For some time now, Jackson has wanted a barbecue grill. He has been fascinated with grills and smokers from a young age, and requested a grill out of the blue several years ago.

Jackson turned 9, and it just seemed like it was the right time for him to get a grill. What started out to be a simple Weber grill turned into a Weber Performer so that he would have a side table to use when he cooked.

We purchased the grill from Amazon and had it shipped to Jackson’s house. At his birthday party, it was the last gift he received. He just jumped up and down in excitement.

Jackson getting the surprise of a Weber Performer

After the party, Jackson, Papa J, and Thomas began the process of putting the grill together. We tried to let Jackson put as much of it together as he could so he could learn about getting gifts where there was “some assembly required.” He did pretty well on putting his grill together. 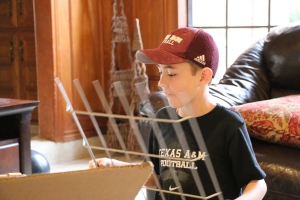 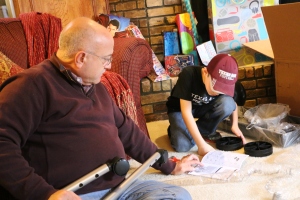 Papa J and Jackson looking at the instructions 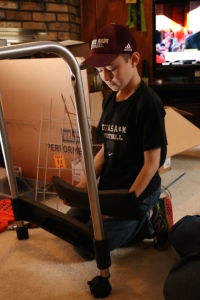 Jackson working on a leg 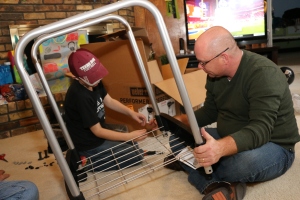 Jackson and Thomas assembling the legs

Jackson putting the lid on his grill

Mama J, Papa J, and Jackson with his Weber Performer

Jackson cooked some chicken wings for a New Year’s Eve celebration and did a great job with them. We look forward to many more great meals prepared by him in the future!

Currently 34 degrees in the DFW. Did not stop Jackson from breaking in his new @WeberGrills with @jsavell pic.twitter.com/dYWY2TXVZt